Video Message by Monica Tabengwa, Pan Africa ILGA on the LEGABIBO Botswana court case, other cases of freedom of association in Uganda, Kenya and Nigeria and on the importance of the right to register 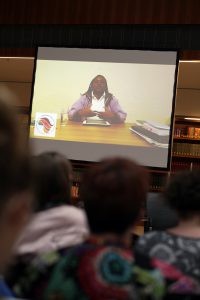 Monica Tabengwa, Director of Pan Africa ILGA at the “Time to react” conference organized by Hirschfeld-Eddy-Foundation and the German Federal Foreign Office, in Berlin, 1  June 2017, read the full transcription:

Hi my name is Monica Tabengwa. I’m the director of Pan Africa ILGA. I come from Botswana. I’m a lawyer and my work, for all of my life I’ve been a human rights activist.

In particular I’ve worked with women’s rights and now I work with LGBTI rights. I worked in Botswana with an organisation called LEGABIBO, which is Lesbians, Gays and Bisexuals in Botswana. What I should tell you about Botswana is firstly, I mean you all know, they criminalise same-sex conduct. It’s important that you understand that same-sex conduct is not homosexuality that is criminalised. But of course people understand that differently. And so what you do get is that people think that being gay, lesbian, transgender is what is criminalised. And so because of that there are some issues where the LGBTI community is finding themselves being discriminated or their rights being violated because of the perception that their sexuality is criminalised. And one these is being able to register, being able to associate as a group, registrar society that works within Botswana for their rights.

And LEGABIBO itself was formed a long time ago in the nineties. But a long time they struggled because the registrar society would not register them because of this kind of perception. And they struggled. This thing existed outside of the margins of the law. For a long time. When we came along, because I’ve been a lawyer now… Litigation is what we do, the lawyers of course. So we came up with the idea that perhaps what we need to do is go to court and compel the government to register or at the very least get the court to interpret the laws once and for all, to tell the Botswana society what the law means. From 2008 we started trying to register LEGABIBO officially. And collecting all the documentation. As we expected., the registration was denied. And so we decided that the best option is to litigate and we filed an application with the High Court of Botswanabasically for LEGABIBO to be guaranteed the right to associate. So the constitution of Botswana contains a bill of rights that protects the rights of every person in Botswana against discrimination. And it actually says “every person”. Sexual orientation, homosexuality, is not mentioned in the constitution. But they are rights that are guaranteed for everyone, and this includes the right to freedom of association, the right to freedom of assembly, the right to freedom of expression and to the right not to be discriminated against on any basis whatsoever, right? And so once the constitution has said that all persons are equal and they have to be guaranteed those rights equally, it means everyone, whether you’re gay, straight, black, white, from whatever ethnic grouping. So there shouldn’t be any differentiation. However, we also have people’s perceptions. And the registrar of society made that mistake by denying LEGABIBO registration. They followed popular perception and not the law and in effect denied LEGABIBO the right to register, which is the right to association. And well the High Court, when the hearing was done, came back with a judgement which basically agreed with LEGABIBO that every person in Botswana is entitled to fundamental human rights and freedoms without any discrimination on any basis whatsoever.

The fact that sexual orientation is not mentioned does not exclude them, right? It’s just a long list of other things. There are many things that differentiate us. It doesn’t mean that it allows discrimination on that basis. You cannot list everything, right? And so the High Court came back with a judgement to say that everyone, that to deny LEGABIBO registration, to deny LEGABIBO the freedom to associate is to deny them their freedom, their identity, to deny them their dignity. And that would be a violation of the spirit of the constitution. Because human dignity is what makes us who we are. And so they said that this association LEGABIBO has to be registered.

The government appealed and of course we defended the action. And the Court of Appeal came back with an even better judgement, confirming exactly what the High Court said: That everyone in Botswana has a right to fundamental human rights and freedoms. And they should not be discriminated against on any basis whatsoever. The Court of Appeal not only confirmed the High Court judgement. They went further to read sexual orientation into the protective grounds for non-discrimination, which is a big thing for us. And it is a big thing also for the continent because there are other countries that are going through the same thing. There are other countries where laws are encroaching into civic space. We take for instance Kenya. Kenya has a similar provision. And they have a constitution which also does not include sexual orientation as a protective grounds for non-discrimination. And so there are organisations there that are trying to do the same thing that LEGABIBO did. And they are presently in court, having similar problems where the registrar of society or the NGO board has denied them registration based on the fact that same-sex conduct is criminalised. And the perception is that where the conduct is criminalised it is not just the conduct but the actual status of being homosexual that is criminalised. Which of course as we know is not true. And so this judgement is very important for the continent, a very important precedent for all of these countries. 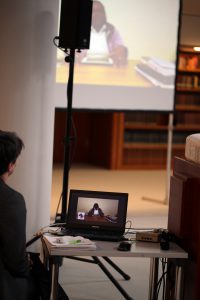 We have Uganda . Uganda is struggling also under the same burden. We have already seen Uganda trying to pass a law that would have had much worse consequences for civil society. We’ve seen Nigeria. Nigeria has a law that basically narrows down the space within which LGBT organisations can work and get funding. And so judgements like this are very important. But the one thing we have to take cognisance of is: It’s not always that litigation is successful. And maybe you don’t even aim for success but what you do aim for is the exposure that it brings. And so what you do need to think about as you plan your litigation is a campaign, an advocacy campaign to go along with the litigation strategy. Because you don’t want to leave the people behind. You want the people to understand first of all why you’re going to court. Because many people will actually think that you are just aiming to embarrass the government. And so it’s important to take the people with you, use the opportunity to educate the community, educate society. And this exactly what LEGABIBO did. LEGABIBO used the opportunity of this case to engage with traditional leaders, to engage with religious leaders, and in turn the religious leaders and the traditional leaders that they managed to buy into this project were able to speak to their own people in the their own language. And in that way I think there was more success for LEGABIBO because as we speak today you find they have champions within the traditional leaders, they have champions within the religious leaders, who are willing and able to talk about this issue. And that opens up the civic space as far as I’m concerned. First of all it means that LEGABIBO can be registered, in fact has been registered because of this case.

And the other societies and other associations, like sex workers’ association, that are able to take advantage of this judgement to be able to register and enjoy the benefits of being a legal entity. And that’s basically being able to open a bank account, being able to enter into legal contracts, such as a lease. It might sound like a small thing but it’s a pretty big thing to be able to own your own space and be able to conduct your own business. And so for me I think litigation shouldn’t be undertaken on its own; it should be part of a bigger campaign to educate people, to just open a dialogue and improve the visibility of LBGTI organisations. And also to be able to get integrated into the larger civil society, the mainstream of civil society organisations. I think my time us up and so with that I hope you guys will come up with solutions and we can all get registered tomorrow, in the different countries in Africa. Bye!

End of transcribed video message by Monica Tabengwa, Director of Pan Africa ILGA on the occasion of the conference “Time to react – Creating an enabling environment for civil society” organized by Hirschfeld-Eddy-Foundation and the German Federal Foreign Office in Berlin on 1  June 2017.