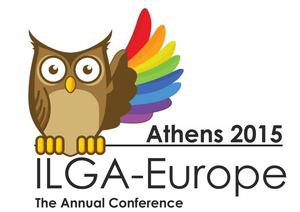 Let me start by thanking you for your invitation and your warm welcome. I feel very honoured to have the opportunity to speak here at this opening reception of this year’s ILGA Conference. I often travel to Greece, because I feel so much at home in this wonderful country. And I hope, so do you. I have also been a supporter of equal rights for lesbian, gay, transgender, bisexual and intersexual people all my political life. So what can I say? I am delighted and thrilled to be here.

The German Federal Minister for Family Affairs and Gender Equality, Manuela Schwesig, has also asked me to pass on her warmest greetings to all of you. LGBTI issues are important matters for her as well. For the first time ever, our ministry has set up a working unit which exclusively focuses on LGBTI issues and rights. We are proud to have this unit because it puts LGBTI subjects where they belong — on the top of the political agenda.

Although we all have fortunately witnessed quite a bit of progress for LGBTI rights in Europe over the years, there is still a road ahead of us. A few weeks ago the news broke in the international media that the Polish priest Krzysztof Charamsa had come out. In photographs he looks relieved and proud, and you can see that he is clearly very close to his life partner. What a pleasing image! On the other hand: Why does the fact, that a Catholic priest is gay, make headlines? Is that not something completely “normal”?  For many people it clearly isn’t. As soon as he came out, Krzysztof Charamsa was dismissed from his position in the Vatican. He has been subject to abuse and accused of having tactical motives. To that extent, the coming out of Krzysztof Charamsa illustrates the current situation regarding equality and the life of lesbian and gay people in Europe. Not just in the Catholic Church. Societies have become more open. Diversity, including diversity of lifes, diverse sexual and gender identities, is now a social reality. The fact that a Catholic priest is living with another man is no longer unthinkable and no longer something that is kept quiet. But it is still not normal in the sense of being nothing special. Krzysztof Charamsa will always have to battle to live openly as a gay man. And even outside the Catholic Church, legal equality has not yet been achieved.

At one stage, Germany was a pioneer in Europe when it came to establishing equal rights for lesbians, gays, transsexual and intersexual people. The social-democratically led government of 2001 ensured that same-sex couples were able to establish a life partnership under the provisions of the Civil Partnership Act. In some 20 countries in Europe, North America and South America, it is now possible for same-sex people to marry each other. The interactive world map on the homepage of ILGA fortunately has become considerably greener. And life has become easier for gay and lesbian couples in Germany, too.

So to what extent has the Civil Partnership Act changed the attitude of German society?  Our country has become more open and more tolerant towards LGBTI. Progressive legislation on lesbians, gays, transsexual and intersexual people has an immediate effect, because more rights also mean more opportunities in life. Progressive legislation also confirms those in society who believe in diversity and respect the equality of people who live and love differently. Legislation changes society – and to this extent by passing the Civil Partnership Act we have started a process that goes beyond the field of marriage and the family.

However, in the meantime, society in Germany has advanced further than the Act. But marriage, with all the concomitant rights and obligations, is still not permitted for lesbian and gay couples in Germany. In strict legal terms, there are hardly any differences between registered civil partners and married couples today. But – for example – joint (simultaneous) adoption of a child is still prohibited. In this regard Germany is still marked “red” on the ILGA world map. Lesbian and gay parents have to put up with a pointless duplication of bureaucratic procedures. As both individual and successive adoption are permitted, this leads to a situation where first one partner in a civil partnership adopts a child and then, often immediately afterwards and in the same court, the other partner does likewise. It is an absurd situation that this final gap in the legislation makes life unnecessarily difficult for lesbian and gay couples. And it is absurd that proponents of the old-fashioned concept of marriage as a bond only between a man and a woman are still clinging to this tiny gap in the legislation. The sad truth is also: In many cases it has been the Federal Constitutional Court which actually forced government to establish equal rights in the past.

The referendum in Ireland and the decision of the Supreme Court in the USA have revived the discussion in Germany about opening up marriage and creating complete equality for same-sex couples. If there were such a referendum in Germany, lesbians and gays would soon be able to marry. In a survey carried out in May of this year, almost two thirds of respondents expressed their support for such a measure. And these were not just young or particularly progressive people.

So have I made you curious?

57% of people in Germany are in favour of homosexual couples being allowed to adopt children.

So isn’t it obvious?  This is an area where society has moved on further than the government and the law. I personally think it is high time for the legislature to react to the demands of the Federal Constitutional Court and the opinion of the German people. Sometimes the law advances further than society; in such cases, equal rights help prepare the ground for more open attitudes. Sometimes society advances further than the law; in such cases one has to exert political pressure until the legislature catches up. Wouldn’t it be a great signal, if we didn’t have to wait for a decision by the Federal Constitutional Court?

In the Federal Ministry for Family Affairs we are trying to exert pressure within the federal government. We see ourselves as setting the pace, not just because we have set up the already mentioned working unit to coordinate activities within the government for lesbian, gay, bi‑, transsexual and intersexual people. We are also supporting so-called rainbow families. More than 5,700 children in Germany live in families with same-sex parents. Society’s attitudes towards these families are, basically, very open. 88 percent of young people between the ages of 20 and 39 have no problem regarding a homosexual couple with children as a family. Nevertheless, children from rainbow families often have a hard time because they are marginalized – by their environment, not by their parents.

90 percent of respondents to the study I just mentioned had experienced fellow pupils being badly treated simply because they were seen as being lesbian or gay. We want rainbow families to have the same rights and the same opportunities. That is why we are currently sponsoring a three-year model project being implemented by the Lesbian and Gay Federation in Germany that offers near-at-hand help and advice to rainbow families.

And may I introduce you to our “Living Democracy!” programme? This is a large-scale programme that aims to encourage commitment to democracy and diversity, and counter right-wing extremism, Islamic fundamentalism, anti-Semitism and – precisely – homophobia and transphobia as well. One model project is working with football fans, because homophobic slogans and attitudes can frequently be found amongst fans in football stadiums, but also in the sport itself. Another project, which we are implementing, is targeted at migrant organizations and it tries to reduce prejudice in these communities, especially among young people. A lot still has to be done for same-sex partnerships and protection against discrimination in Germany.

At the same time, we are concerned about the situation of transsexual and intersexual people. We all were shocked to hear about the murder of Diana Sacayán, a transgender activist, in Argentina last week. Such horrible crimes demonstrate that there is still a lot of prejudice and hate to overcome. In Germany there are up to 200,000 intersexual and transsexual people.It is difficult to come up with an exact figure because that is precisely where the problem lies: Who is actually a woman? Who is a man? When does a woman begin to be a man? Or vice versa?

The idea that there are two gender categories only, is deeply rooted in our minds – or perhaps I should say: it has been up till now. Yet scientists have actually identified a multitude of different gender variations. Perhaps we should say: Let’s ask the people themselves! Let’s let them decide!

That is precisely what Malta did this year, with legislation allowing for legal recognition of gender identity without any medical diagnosis, treatment or operation, and without a minimum age or waiting period. People should decide for themselves what gender they allocate themselves to.Malta leads the rest of Europe on this issue, but Denmark, Portugal and Ireland have also made recognition of gender identity easier.

In Germany, we are not yet as far as that, but in our coalition agreement we have committed ourselves to undertake a look at the particular situation of transsexual and intersexual people and the challenges they face. We are currently at the discussion stage and have set up an inter-ministerial working group to conduct a dialogue with all those concerned and their organizations. We are also currently at the stage of drawing up reports, the results of which will be available next year. The law on personal status, the law on transsexual people –

So isn’t it about time for Germany to improve the legal framework? And isn’t it about time that everybody concerned will be entitled to decide for her/himself whether they want to undergo surgery? It is not something that their parents can decide for them! Legislation on the medical profession in Germany is moving in the direction of self-determination – and isn’t that a good thing?

I’m in favour of a Europe in which everyone – in all their diversity – has the same rights and opportunities – a Europe with diversity not only of hair colours but also of genders.

So let’s change both, the law and the attitudes in European societies. We are working to achieve this in parliament, before the courts, in discussions, and in everyday life. You all as activists and ILGA are doing this, I am doing this, and I am so grateful that we work hand in hand.

And isn’t this beautifully reflected by the title of this conference? “Many voices, one movement — together, mobilized for a just society!”

Thank you for your attention. I hope you all have great, inspiring and empowering days here at the ILGA conference!