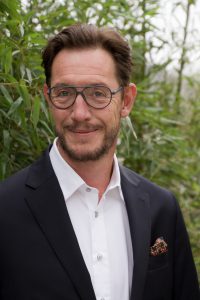 Did the Chancellor publish her change of stance one day too early? Or was she bowing to the inevitable, and clearing the same-sex marriage issue out of the way before election campaigning kicked off in earnest? We’ll probably never know for certain. After over a quarter of a century of struggle and debate, Merkel’s statement changed the legalization of same-sex marriage from a matter of time to one of five days.

June 2017
All of Merkel’s potential coalition partners following the September elections to the Bundestag – the Greens, FDP, and SPD – pledged they would not join a coalition government that did not commit to legalizing same-sex marriage. Germany’s Gay and Lesbian Federation LSVD had already called for such a commitment in its pre-election questions canvassing the views of the political parties. At its AGM in April, the LSVD set out its demands regarding the 2017 elections, including the question: will you sign a coalition agreement only if includes a pledge to introduce same-sex marriage (point 2.3.)? The pledges from other parties have left Merkel and her party with no room to maneuver.

Monday 26 June 2017
During a TV Q&A session hosted by German women’s magazine BRIGITTE, audience member Ulli Köppe asks Angela Merkel when he’ll be able to marry his boyfriend. In a convoluted reply, she indicates it will most likely be decided on a conscience vote. That same evening, the media report that the conservative alliance is softening its stance on same-sex marriage.

Tuesday 27 June 2017
The pace of events becomes unstoppable: SPD leaders agree to push for a snap vote on same-sex marriage this week, even without the agreement of coalition partner CDU/CSU. The SPD’s candidate for chancellor, Martin Schulz, gives a public statement on the SPD’s intention. The conservative alliance’s Secretary-General Volker Kauder warns this will be a break of the coalition, but Thomas Oppermann, his counterpart from the SPD parliamentary group, says: “It’s supposed to be a conscience vote. And the Bundestag we have right now also has a conscience.” The SPD announces it will table a vote on Friday on a bill drafted by Germany’s Bundesrat (the chamber of the regions), which has long been awaiting a vote in the Bundestag. Agencies report the CSU will allow its deputies a free vote; a short time later the CDU follows suit.

Wednesday 28 June 2017
Before today, the Bundestag Committee on Legal Affairs, with the votes of the SPD and CDU/CSU, had blocked consideration of the Bundesrat draft bill no fewer than 30 times. This time, the committee gives a majority vote in favor of legalizing same-sex marriage. It is now clear the Bundestag will vote on the issue in two days’ time.

Thursday 29 June 2017
Media interest is huge. The LSVD’s Berlin office holds its first international press conference. The LSVD writes to all CDU/CSU deputies asks them to follow their conscience and vote for love. Tension mounts, and by the evening has reached unbearable levels.

Friday June 30, 2017
Right on time at 8.00 am, the President of the Bundestag, Norbert Lammert, opens the 244th session in front of a full house, with every visitors’ seat taken. A visible majority votes in favor of the revised agenda for the day, permitting the same-sex marriage vote to go ahead. Brief speeches are given by the party group leaders and other deputies. Voting then takes place – non-anonymously, with each deputy using a ballot slip bearing their name. At 9:10 am, President Lammert announces that the same-sex marriage bill has passed – with 393 votes for, 226 against, 4 abstentions and 7 absent votes. All the members of the SPD, Linke, Bündnis 90/Die Grünen and 75 CDU/CSU deputies voted in favor.

Germany has voted for love. The LSVD celebrates the legalization of same-sex marriage and an historic day! Not just for lesbians and gay men, but also for a more just and democratic society. In future, it is no longer gender that determines whether people can marry in Germany – it is love, partnership and the promise to be there for each other in good and bad times.