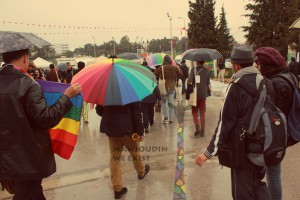 Mawjoudin — we exist in Tunisia

Houyem studied law. Currently she is preparing her master thesis on the legal protection of whistleblowers. Her professor considered this topic as to challenging but she insisted on it. Houyem has a very clear vision. She wants to change things. And she prefers the strategic approach. Houyem is a member of Mawjoudin — we exist, a Tunisian organization that promotes SOGIESC rights (sexual orientation, gender identity and expression and sex characteristics) and gender equality.  Starting with a Facebook page in 2013, it became a registered organization in early 2015. Mawjoudin is not the only LGBTIQ organization in Tunisia. But its the most recent one and its growing fast.

Article 230 of the Tunisian Criminal Code

Human rights defenders with different ideas join Mawjoudin because they consider it as a good platform. Houyem explains to me that Mawjoudin wants to influence the changes in Tunisia in a strategic and quiet way. One of their goals is to abolish articles that criminalize homosexuality, such as Article 230 of the Tunisian Criminal Code, through advocacy and litigation. Article 230 punishes sodomy (this is interpreted to cover men having sex with men) and lesbianism with sentences of up to three years. However, yet the Constitutional Court, which is supposed to decide on whether this article contradicts with the new Constitution of 2014, has to be established. Houyem believes that the judges of the new court will soon be nominated. 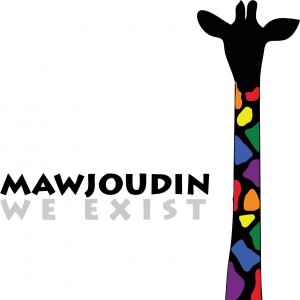 Another project, one which Mawjoudin wants to realize soon, is to create a safe space for LGBTIQ in Tunis and other places. It is supposed to be an open place where people from the community can share experiences and expertise and where they can ask for legal or psychological support. Many young Tunisians have trouble at home because of their sexual orientation or their gender identity. However, this needs to be financed and Mawjoudin is looking for support. Just recently they were successful and managed to get funding for their own office. A donor offered Mawjoudin to cover the rent of an office for 8 months. For such a young organization this is a big step forward.

Houyem and other members of Mawjoudin participated in workshops arranged by Netzwerk Politikatelier e.V. in cooperation with Hirschfeld-Eddy-Foundation and funded by ifa, Institut für Auslandsbeziehungen. The workshops took place in Tunis and dealt with website content development and professional writing. About 10 Tunisian Human Rights Defender participated. Guido Schäfer of Hirschfeld-Eddy-Foundation spoke to Houyem in the course of this project.