Throughout the world lesbian, gay, bisexual, trans* and intersex people (LGBTI) face enormous discrimination and persecution and sometimes even the death penalty. Although Germany is one of the major players in development cooperation, it has no strategy for improving the situation of LGBTI people. In 2012 we therefore began assembling the fundaments for creating an inclusion strategy for development cooperation.

The goal was also part of the impetus for the founding of the Yogyakarta Alliance in 2012. In November 2017 we then had the chance to present our proposals to the German Ministry for Economic Cooperation and Development and the Foreign Office. We developed the following 13-point paper for that purpose. And we want the new German government to take up these demands. 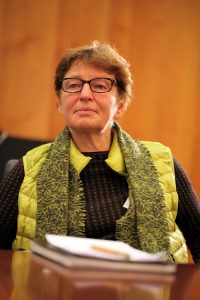 Sonja Schelper, executive director of the women’s foundation “filia.die frauenstiftung”, especially welcomes requirement 13 on the list which calls for developing dialogue and flexibility in laws on public funding. In her experience, what human rights activists actually do is often very different from what is envisioned by the drafters of public funding law. “It’s important to give small and large organizations more leeway. Human rights activists who are often persecuted and hindered in their work need more flexibility, including the ability to change plans at short notice and respond to new threats or also to special opportunities. It is unrealistic and counterproductive to stipulate the number of workshops and participants years in advance. Larger general packages that can be specified and implemented to meet the partners’ needs would make more sense, with subsequent reporting and justification.” 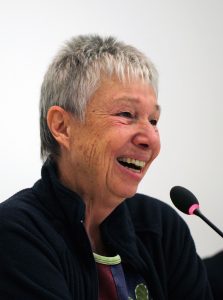 Liz Frank from the Women’s Leadership Centre in Windhoek (WLC) emphasizes the importance of examining Germany’s responsibility for its role in the colonialism and missionary history, and she especially supports point 10 which calls for a “Cultures and colonialism” program. “This is an important issue for Namibia as a former German colony with a long history of being missionized by German churches. Few studies have been done on gender and sexuality in Namibia’s very different cultures today, and even fewer on how German colonialism and churches have impacted these cultures in both the past and present. Many young lesbians and other groups face discrimination and demonization in their churches. Sexual relations between men can still be prosecuted by law. Support for relevant studies, and for the organizations that work together to achieve real equality, would be very helpful.”