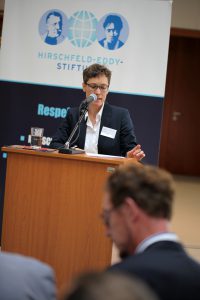 These problems have long been familiar to LGBTI people: hurdles placed in the way of registering their organisations, prohibitions on gay pride demonstrations, restricted rights of assembly, funding difficulties, bureaucratic requirements that stifle activism, smear campaigns by the media, and threats to life and limb. In many countries, human rights defenders are still restricted in their possibilities for action.

What is new is the phenomenon of the “shrinking space”, a term that describes increasingly sophisticated means used in ever more countries to target and limit the work of a growing number of civil society groups. On 1 June 2017, the Hirschfeld-Eddy Foundation and the German Federal Foreign Office held a half-day conference dedicated to this phenomenon.

The conference was attended by more than 100 representatives of government, the diplomatic service and development cooperation. It started with experts describing the characteristics of the “shrinking space”. A second panel then gave activists the chance to describe their experiences. This was followed by a panel discussion with representatives of the German federal government and civil society on possible counter-strategies.

A video address by Monica Tabengwa (Pan Africa ILGA) described successful court action taken in Botswana to allow registration of the LEGABIBO organisation. Litigation always has to be accompanied by informational campaigns that explain its motives, reasons and aims. If it turns out to be unsuccessful, it can still serve to raise awareness of the general issue among the population. Court action can also increase the visibility and integration of LGBTI people in society.

Gulya Sultanova described the work of the “Side by Side” LGBTI film festival in Saint Petersburg. 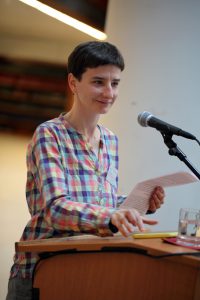 It faced hardly any problems before 2011. But then a veritable hate campaign was launched by state offices and parts of the media. Levels of pressure and intimidation shot up. Among the means used were the Russian federal “gay propaganda law” of 2012 and the “foreign agent law” of 2014. The latter prohibits Russians from working with certain organisations from abroad. The state uses these laws to restrict free space and to torpedo democracy in action. Reaction to the persecution of homosexuals in Chechnya shows how far things have come at various Russian state offices and media. Some denied it at first, and then only investigated in response to international pressure. Others made fun of Angela Merkel for “caring about faggots again”. Solidarity was only shown with journalists who themselves were threatened in reporting on the purge. 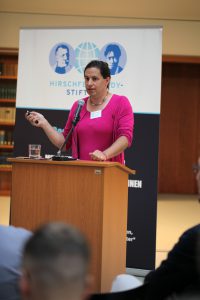 Julia Ehrt (Transgender Europe) presented a project that monitors violence against trans people in Eastern Europe and Central Asia, and which also seeks to build and empower the community. Violence against trans people in Turkey, including by the police, limits organisational efforts because of the energy that has to be devoted to security. There was an arson attack on the Labrys organisation in Kyrgyzstan, but no investigation has been made and the perpetrators enjoy impunity. Some 2,343 trans people have been murdered since 2008, reported Ehrt, “an enormous number compared to the size of the community”. Police and judicial authorities have refused to prosecute anti-trans violence. Funding and project support can serve as catalysts for change. When funding is withdrawn, gaps are left that restrict the range of possibilities for activists.

Kasha Nabagesera, a co-founder of FARUG, reported on the threats to LGBTI people that have regularly marked the lead-up to elections in her home country of Uganda since 2006. Politicians, the media and state agencies are exacerbating the situation, which already suffers from anti-homosexuality and anti-NGO laws. The government resists LGBTI efforts to organise and make their voices heard. National and international alliances are the most effective tool for LGBTI activists. They enable new discussions to be launched at the level of the United Nations. The Ugandan government is doing everything it can to discourage or revoke invitations to Geneva or New York for Ugandan organisations. But there is also progress, such as some contacts set up by the police for the LGBTI community. However, government actions also seek to isolate activists, who become more vulnerable when they receive fewer invitations or when partner organisations pull back. 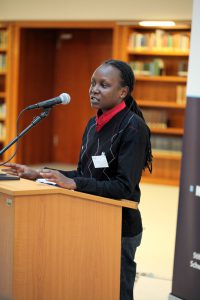 How to counteract this?

The panellists identified the following counter-strategies: increasing pressure both at home and abroad, building strong civil society networks, reducing the bureaucracy required for project applications, using quiet diplomacy, and having EU countries make clear commitments to human rights in their foreign relations. Given the loss in stature of the USA, the EU must pick up the slack and lead by example. Diplomats should openly support LGBTI concerns, make space available for activists, and engage in dialogue with them.

Björn Van Roozendaal (ILGA Europe) emphasised the significance of strategic alliances beyond close and familiar partners, and the importance of long-term and flexible support for LGBTI projects. These need to take place not only in capital cities. Funders also need to reach out and promote local initiatives. In addition, solutions are urgently needed to the problem of governments only allowing support for organisations that are officially registered – because LGBTI organisations are often not permitted to register.

Barbara Unmüßig (Heinrich Böll Foundation) emphasised the importance of generating publicity for these issues. On the occasion of the “Time to react” conference her foundation has updated its LGBTI section on its homepage. Foundations should provide space and funding for civil society organisations to network with each other. This can counteract attempts by governments to divide and isolate organisations. High-profile individuals need to be protected, so no action should be undertaken without first consulting the relevant partners.

The importance of credibility

Dr. Heike Kuhn, Director of the Human Rights Division at the Federal Ministry for Economic Cooperation and Development (BMZ), discussed the UN’s Agenda 2030 in which the world’s countries are committed to leaving no one behind on the path to prosperity and development. This clearly also means promoting the human rights of LGBTI people. The BMZ is working on LGBTI issues related to health, job training and the rule of law. The ministry is aware of how bureaucratic criteria and funding regulations pose problems for the generally small LGBTI organisations, and is working on solutions.

Bärbel Kofler, German Federal Commissioner for Human Rights Policy and Humanitarian Aid, emphasised that sustainable development is only possible when human rights are upheld. Neither the state nor society should interfere in the private lives of individuals. International forums such as the EU and the UN must be used to launch more activities to protect LGBTI people. She also called for greater coherence in domestic and foreign policy: Germany needs to work on its own equality policies. Countries that have done their homework have greater credibility on the international stage.